It is vital for researchers occupied in drug discovery to evaluate parameters of DDIs for the development of safe and effective drug candidates. Creative Bioarray offers TDI assays, including IC50 shift and Kinact/KI assay. We deliver accurate data and detailed experimental protocols to meet your needs.

However, with IC50 shift assay, problems can arise when dealing with irreversible or mechanism-based inhibitors (MBI). The IC50 value of MBI is time-dependent and can cause serious issues when ranking the inhibitory potential of different compounds. Therefore, most studies and ranking schemes associated with MBI depend on the inhibition constant (KI) and enzyme inactivation rate (kinact) instead of the IC50 value.

The kinact/KI assay determines the Kinetic constant of time-dependent inhibition. kinact is the maximum rate of enzyme inactivation at the saturation concentration of the inhibitor, while KI is the concentration of the inhibitor, which gives half of the maximum rate of inactivation. The experimental conditions are determined based on previously performed assays, such as P450 reversible inhibition and time-dependent inhibition: single point or IC50 shift. 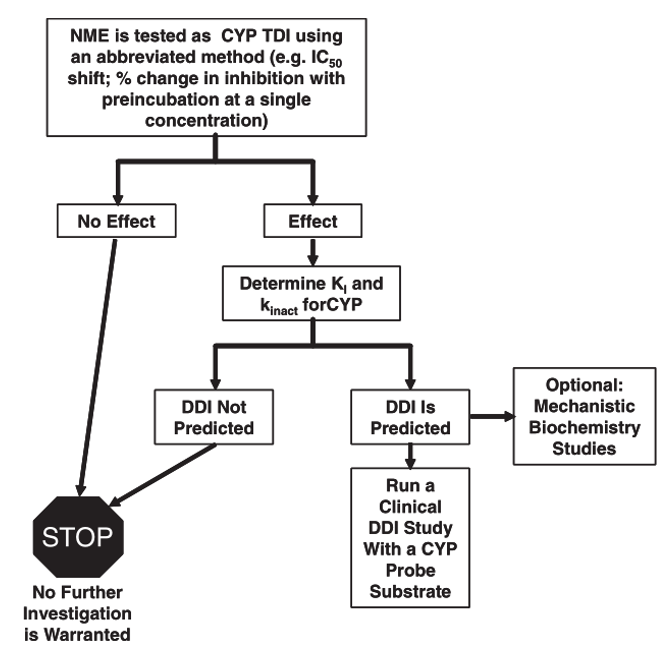