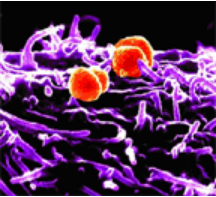 Primary cells only undergo a pre-determined and finite number of cell divisions in culture. After limited population doublings (the number of which varies by species, cell type, and culture conditions), primary cells enter a state, so-called replicative senescence, where they can no longer divide.

Immortalizing the cell line will eliminate the frequent need to re-establish fresh cultures from specimens. Immortalized cell lines are capable of extended proliferation and should possess similar or identical genotype and phenotype to the parental tissue.

Viral genes, such as EBV, HPV-16 E6/7 gene, and the SV40 T antigens, are used to induce immortalization. For the most part, viral genes achieve immortalization by inactivating the tumor suppressor genes (p53, Rb, and others) that can induce a replicative senescent state in cells.

SV40 T antigens have been shown to be the simplest and most reliable agent for the transformation of many different cell types in culture and the mechanism of SV40 T antigens in cell immortalization is well studied. Recent studies have also shown that SV40 T antigen can induce Telomerase activity in the infected cells.

A more recently discovered approach to cell immortalization is through the expression of TERT, particularly for cells that are most affected by telomere length. This protein is inactive in most somatic cells, but when hTERT is exogenously expressed, the cells are able to maintain sufficient telomere lengths to avoid replicative senescence. Analysis of several telomerase-immortalized cell lines has verified that the cells maintain a stable genotype and retain critical phenotypic markers.