In the past, the in vitro screening of synthetic and natural product libraries for novel anticancer agents mainly using established cancer cell lines grown as two-dimensional (2D) cultures, which exhibited a rapid, uncontrolled growth phenotype. Although cell lines are suitable for investigating the response of cells to various stimuli, cell lines acquire substantial bias and lose several characteristics of parental tumors during culture establishment and passage. In contrast, cells in primary culture would better retain the properties of the original tumor, whereas the conditions for primary culture of cancer cells are currently not optimized.

Three-dimensional (3D) growth of immortalized established cell lines or primary cell cultures is regarded as a more stringent and representative model on which to perform in vitro drug screening. 3D models possess several in vivo features of tumors and have many advantages in drug discovery applications.

As cancer therapeutics are moving toward targeted therapy, it is noted that 3D models hold the promise in finding new targets that were not apparent from traditional 2D culture studies. From the extensive platform of PDX models, Creative Bioarray provides a rich resource for the isolation of primary cells and cell lines across a range of cancer types, both solid tumors and blood cancer models, which then can be cultured into 3D models. Using our fresh frozen PDX cells established 3D models could shorten assay timelines, bridge the gap between in vitro and in vivo drug screening, possibly decreasing the use of animal models. 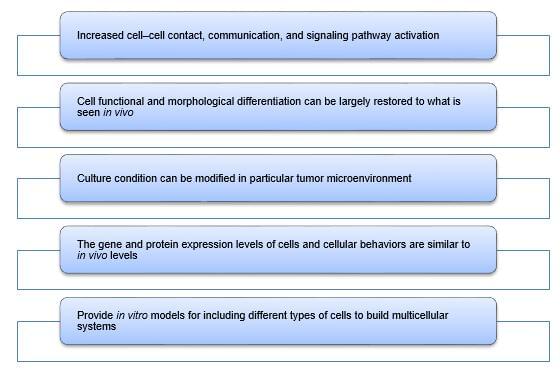 Compare of 2D and 3D culture

The most important application of 3D models and assays in drug discovery is the effect evaluation of anticancer agents, such as methylcellulose clonogenic assays, soft agar clonogenic assays, and 3D tumor growth assays. More and more studies have shown the potential of 3D models in studying cancer biology and the development of personalized medicine. Creative Bioarray offers a variety of 3D models and assay systems for preclinical oncology and drug discovery research. 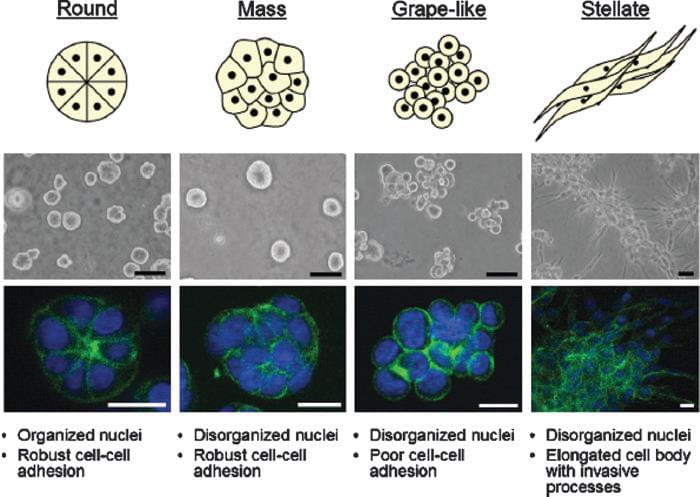 Fig. 1. Four types of the structure of 3D spheroids based on the 3D cultures formed by a panel of 25 breast cancer cell lines

If you have any special needs in establishment or application of 3D Models and Assays, please contact us for this special service. Let us know what you need and we will accommodate you. We look forward to working with you in the future.