What is CAR-T cell therapy? It is a type of treatment mainly about isolating the patient's T cells and genetically engineering the cells to express chimeric antigen receptors (CARs), which can recognize a specific tumor associated antigen, such as CD19, BCMA and CD20. After infusing the engineered CAR-T cells into the body, the tumor cells are targeted efficiently. Two landmark events occurred for CAR-T cell therapy in 2017: two anti-CD19 CAR-T cells were approved by FDA for the therapy of acute lymphoblastic leukemia (ALL) and relapsed or refractory large B-cell lymphoma, respectively. From then, increasing number of researchers have been dedicated to CAR-T cell therapy research around the world.

"On-target/off-tumor" toxicity was an expected side effect of CAR T therapy from the outset. In Situ Hybridization (ISH) is a great method that can be utilized to identify novel CAR-T cell targets and subsequently qualify monoclonal antibodies directed against those targets for immunohistochemistry. ISH can be used to predict CAR-T cell target organ toxicity in preclinical models. 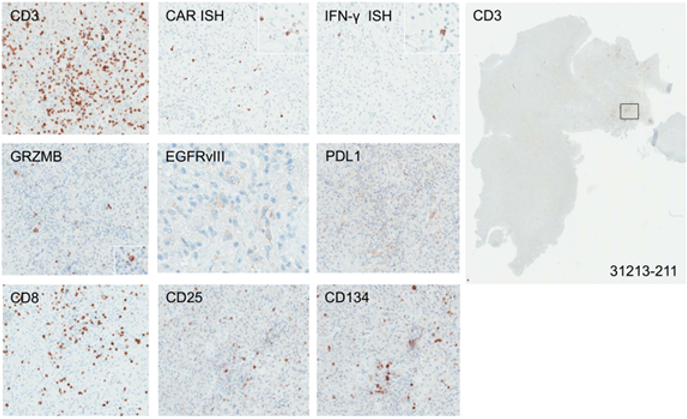