Although around 10% of all PD cases have a monogenic origin, most are idiopathic, with multiple environmental and genetic risk factors. Similar to the etiology, PD's clinical phenotype is heterogeneous. In comparison, the motor and non-motor symptoms are clinically detectable human brain pathology. Thus, increasing demand for experimental models to deepen our understanding of this multifaceted disease. The heterogeneity of PD etiology and pathology requires various models to replicate different aspects of PD in animals(Foltynie et al., 2002).

Creative Bioarray focuses on drug research and development services and helps customers assess the drug efficacy and study the associated pathological mechanisms of Parkinson's disease by in vivo/vitro PD model. 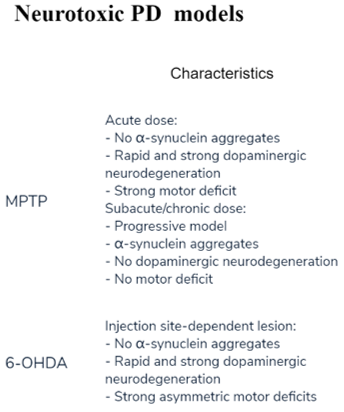 Aggregated α-synuclein protein is the main component of Lewy bodies in PD patients. SNCA was the first to be linked to familial PD(FAD). Three autosomal dominant SNCA point mutations have been identified: E46K, A53T, and A30P.

Apart from transgenic strains, viral vectors can induce α-synuclein overexpression(Dawson et al., 2010). This method's advantages include targeting the nigrostriatal system, the induction of pathology in adulthood, and the possibility to adjust the dosage. Lentivirus (LV)-based vectors and Recombinant adeno-associated virus (rAAV) have been used to transfer SNCA in rodents(Van der Perren et al., 2015).

LRRK2 mutations display autosomal dominant inheritance but incomplete and varying penetrance, depending on the population. This means that not all mutation carriers will develop PD(Alessi & Sammler, 2018).

Mice with mutated UCH-L1 display a mild reduction in locomotion, dopamine depletion in the striatum, and reduced dopaminergic neurons in the SNpc, without α-synuclein inclusions(Setsuie et al., 2007).

Autosomal recessive mutations in PRKN (Parkin), PINK1, and DJ-1 have also been linked to FAD. There are over 100 known mutations of PRKN, and it is the most commonly mutated gene in early-onset PD (50% of familial and 20% of idiopathic early-onset cases)(Lücking et al., 2000). 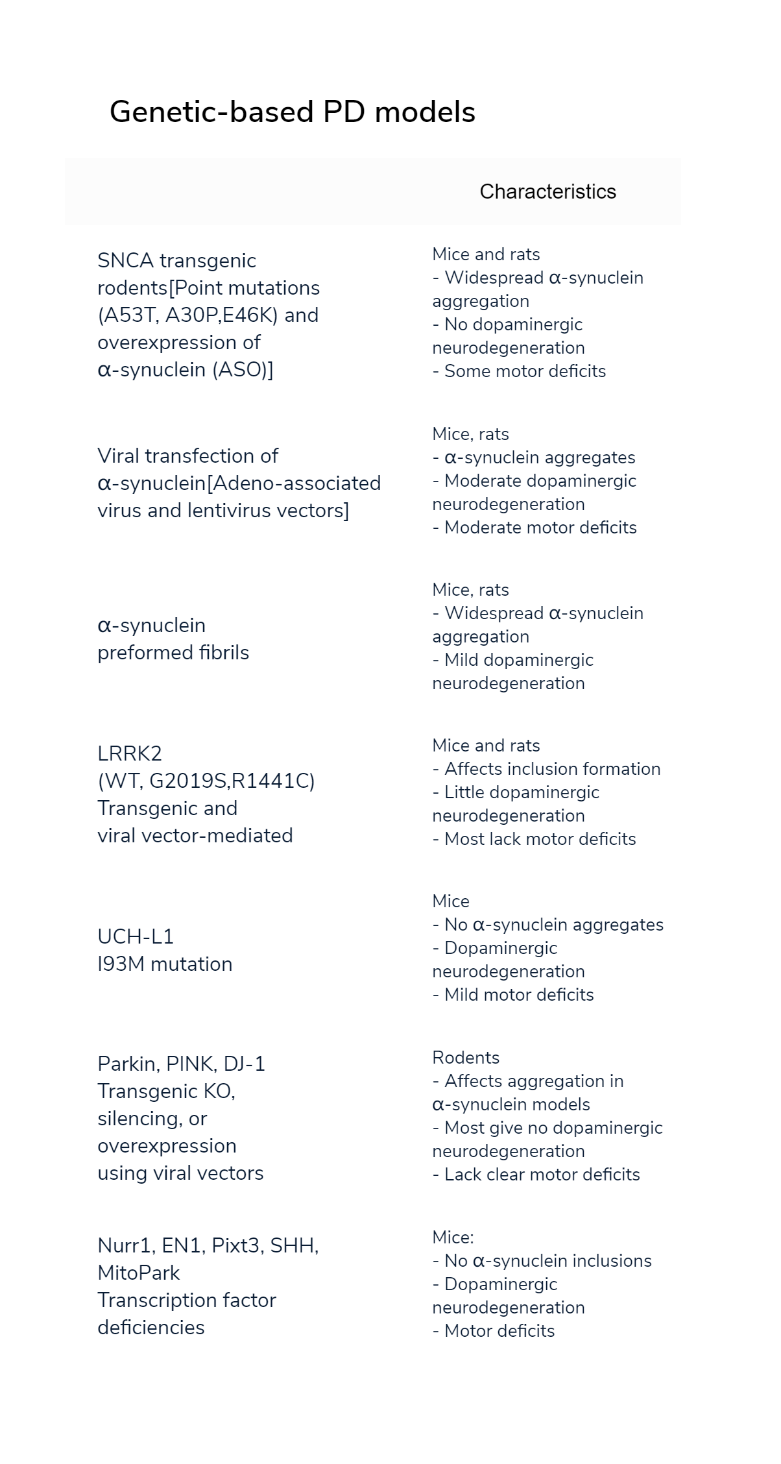 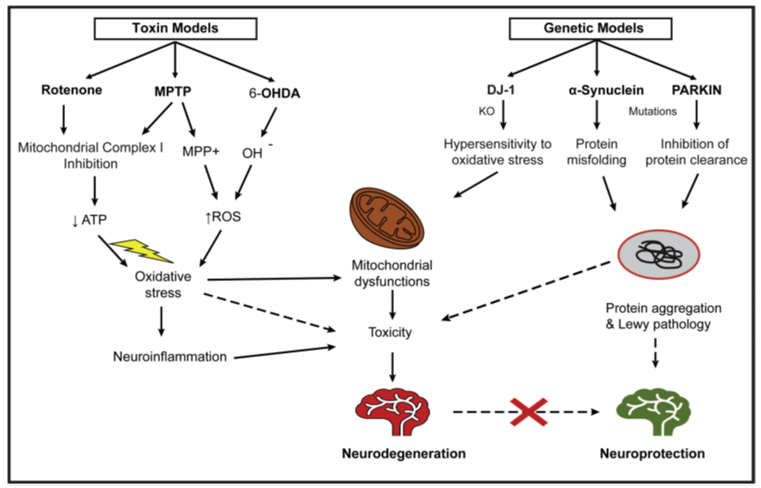 Creative Bioarray provides these powerful and versatile tools for PD basic research to help our customers understand more about the underlying mechanisms in the progression of PD.

With good skills and experience in the PD research field, Creative Bioarray is trustworthy to evaluate your preclinical drug candidates in acute and chronic efficacy studies, such as natural compounds, small molecules, biologics, and RNA therapeutics. Additionally, Creative Bioarray understands how to help design the studies to obtain rapid and precise answers to meet our customers' needs. Our in vivo animal models can provide rapid screening of the potential neuroprotective agents for PD treatment.